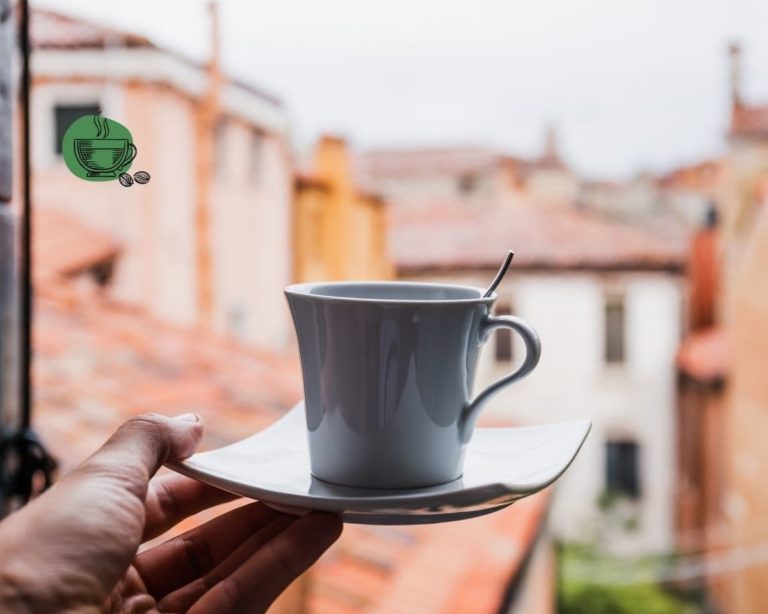 How to Order Coffee in Italy – Vuoi un caffè?

When you are in Italy, you have to have your espresso – it’s the national drink. Espresso is a small, strong coffee made from dark roasted coffee beans. You will get it anywhere in Italy made in an espresso machine or using a home Macchinetta (Moka Pot) at your Italian friends’ home.

You can learn more about espresso and how to drink it like an authentic Italian by reading this blog post. I hope it helps you get the coffee you want without insulting your barista.

How to Order Coffee in Italy – Coffee glossary

Locals and tourists alike enjoy a cup of coffee together. If you’re planning a trip to Italy, learning how to order coffee in Italian will come in handy.

In the beginning, there are a few things to bear in mind. While Americans get their coffee just the way we want it, Italians have their own rules for when and what they consume. For example, a cappuccino after 11:00 a.m. is a big no-no. After dinner, espresso is traditionally served (yes, coffee just before bedtime), and a macchiato is a great afternoon pick-me-up.

Try not to order a cup of coffee on the run. Keep in mind that most cafes in Italy are either counter service or table service only.

When it comes to Italian coffee, nothing beats a cup of Caffè. A single espresso shot is required for a Caffè, simply an espresso served black. Italians will usually return to the barista if they want more coffee instead of ordering a doppio or “double.”

Espresso, frothed milk, and steamed milk combine in an authentic Italian cappuccino. These coffee drinks are generally consumed before or during breakfast, almost as a breakfast dish. Nobody orders a cappuccino after noontime.

An espresso shot is mixed with two shots of steaming milk and a thin layer of foam on top to make a Caffè Latte. Caffè lattes, like cappuccinos, are generally consumed first thing in the morning.

We’re used to asking for a “Latte,” which means in Italian: Milk. If you order a “Latte” in an Italian restaurant, you’ll get a glass of milk. If you want a latte, ask for “Caffè Latte.”

The macchiato is the drink of choice for those who love black coffee with just a splash of milk. Unlike other milky espresso drinks, macchiato can be consumed throughout the day. An espresso shot “spotted” with foamy milk is the main ingredient in this cocktail.

An Americano is just espresso that has been diluted with hot water to resemble American-style drip coffee. It is undoubtedly one of the worst coffee insults of all time. So, when in Rome…

This “long coffee,” which includes espresso and only a splash of hot water, falls between an Americano and a cafe.

A boozy Caffè Corretto is a great pre-dinner drink after a long workday. A shot of grappa, sambuca or favorite liqueur tops off this cocktail translates as “corrected coffee.”

Even though Aperol spritzes are usually the most excellent way to beat the heat in Italy, there are occasions when a non-alcoholic beverage is preferable. If you’re looking for something to keep you awake in the spring and summer months, try an ice-cold version of the classic caffè americano, made with espresso, ice, and sugar.

Don’t look for “Espresso con Panna” like we have here at Starbucks. Many Italians are not even familiar with it.

Italy is the spiritual home of coffee.

In many ways, the Italians are responsible for defining the world’s coffee-drinking culture, from the terminology (cappuccino, latte, and macchiato) to the steam-powered espresso machine.

In Italy, where cafes are strongly traditional, attempts to adapt and enhance coffee with milkshakes and frappuccinos are blasphemy. Many worldwide chains have yet to open a franchise in this country. However, individual Caffès staffed by highly skilled baristas are the norm rather than the exception here.

Don’t ask for an espresso in Italy.

The ordering of your first cup of Italian coffee is akin to a ceremonial initiation. First and foremost, don’t ask for a big double-shot skinny vanilla latte with whipped cream. For the most part, ordering a cup of coffee in Italy is as simple as saying “Caffè.” The phrase “espresso” is rarely used in Italian coffee bar slang. Instead, “Caffè” means “shot.” A macchiato is a steamed milk-based espresso. Adding hot water to an espresso results in an Americano, a longer drink. The cappuccino, an espresso topped with foamy milk and a sprinkle of chocolate, is the most cherished white coffee.

In Italy, there are no sizing differences. Confusion or laughter will ensue if you ask for a grande or venti. Standard cappuccino is 180ml and should be served at 68 degrees Fahrenheit rather than boiling. When in doubt, try asking for decaf instead of low-fat milk. When ordering lattes, be cautious. If you ask for a latte, you will receive milk due to your request. There are many varieties of lattes, but the most common is a warm milk and coffee concoction called a caffè Latte.

A cappuccino is best ordered in the morning.

The ‘takeaway’ is conspicuously lacking from Italian coffee culture. Cafes rarely stock disposable take-out cups, except at train stations, which are commonplace. Whether you’re in a rush or not, you’ll be expected to join the locals at the bar or – for a nominal fee – a seat at a small table. People in Italy have difficulty staying in Caffès for long periods.

In Italian, taking a coffee break is called ‘Une pausa,’ which means “a pause” because that is precisely what it is. While enjoying a flaky croissant and a steaming cup of espresso, you can opine about the newest corruption scandal with the barista and then go to the rest of your day.

In Italy, cappuccinos are traditionally consumed in the morning. I’m doubtful your Italian amici will be putting milk in their coffee after supper. However, late-night cappuccino drinking isn’t yet outlawed, despite what some cynics believe. Make sure you first apologize.

Espresso with a hint of sweetness

Even if you’re in a remote mountain town or a bustling Rome square, the quality of Italian coffee is always the same. As much as Italians want their pasta al dente, they prefer their coffee to have a roasted, bittersweet flavor and a brown foam or crema on top.

Smooth, fruity flavors and ostentatious latte art are frowned upon by most Italians. Similarly, there are no third-wave hipster coffee shops in this country. A barista can’t expect anyone to wait 10 minutes for an individual “pour-over” or a maple leaf on top of their cappuccino. Indeed, Italian baristas are a sight to behold during the morning rush.

In Italy, there are many different types of coffee.

Coffee culture in Italy allows for a few minor variances, some of which are regional, even though simplicity is generally preferred in the Italian culinary world. An espresso “corrected” with a shot of liquor. Usually, grappa is a later-in-the-day brew. You can drink a double espresso if you’re hungover or sleep-deprived, and it’s okay. There is less water in a ristretto than in a standard espresso, but the intensity remains unchanged. Scuro cappuccinos include less milk than regular ones.

How to Order your Coffee in Italian

Navigating the Italian Coffee Culture with a Sense of Etiquette

Don’t mention the size of your cup of coffee.

In Italy, the size of your caffeinated drink is determined by the type of coffee you ask for. Asking a small, medium, or large coffee is pointless. Your coffee will be served in the official cup size of your drink.

Grab a doughnut and a cup of coffee on your way out the door in the morning.

A typical Italian breakfast consists of a coffee and a pastry, most typically a Cornetti, Italy’s version of a croissant.

Some pubs are also pastry stores, but most bars buy a supply of pastries in the morning, and they’re gone when they’re gone, so if you’re a picky eater, come early!

How to drink coffee like a real Italian – Final thoughts

When you visit Italy for the first time, you can be sure that you will be offered coffee. Italians drink coffee daily and often stop for a coffee break during the day. Italians are proud of their coffee, and rightly so.

I try to be patient when drinking coffee in Italy. I observe, learn from the locals, and look at it as part of the experience I can share with friends, family, and blog readers after I get back home. 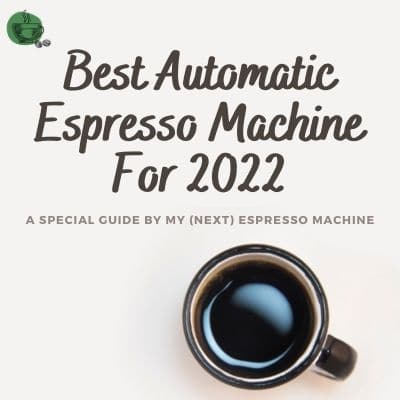 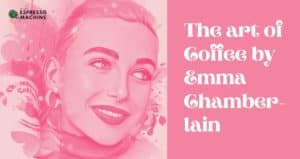 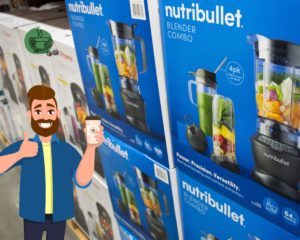 Can You Use A NutriBullet To Grind Coffee Beans? 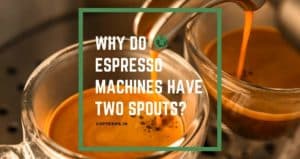 Why Do Espresso Machines Have Two Spouts?

The Third Wave Coffee Scene: The Past, Present and Future of Coffee